It’s a boon to music writers to find musicians like the women in Rumelia Collective’s current iteration. Such musicians are also students, teachers and thinkers, and when a musical group tackles something as multi-layered and multi-cultural as the traditional music of the Balkans and the Middle East, it’s crucial that great thought and care go into the mix.

For years, Nicolle Jensen, Sitara Schauer, Alysha Shaw and Willa Roberts have explored such music as individuals and with each other, albeit in different configurations, and each continues to be a crucial voice in Santa Fe music, but also within a larger global community that continues to study, appreciate and perform regional traditional folk.

Rumelia Collective has a repertoire largely drawn from Bulgarian and Turkish traditions. Their catalog also touches on the rest of the vast and varied geographic region consisting of the Balkans and the Middle East. Granted, Jensen, Schauer, Shaw and Roberts agree there has been a bit of a learning curve involved in interpreting the music as performers, but also as listeners. 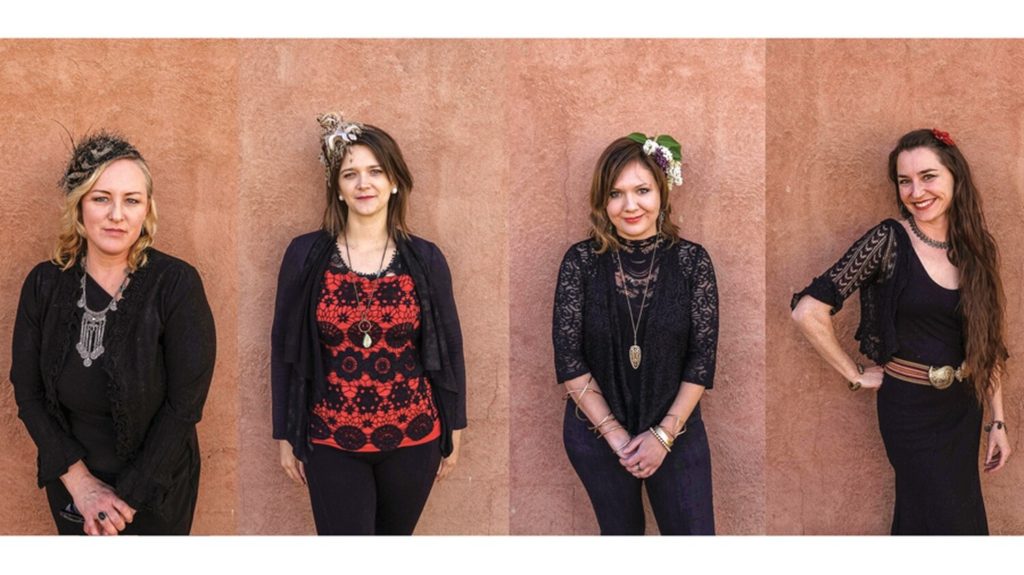 Some of the melodies, particularly noticeable in a number of the group’s a cappella pieces, feel dissonant at first and rhythmically challenging; Rumelia Collective often works in time signatures that even this writer’s fairly studied ear could not decipher at first. But to feel it on a level that stretches beyond the initial listening experience, to put in the effort, makes the music sound intuitive and natural.

Yes, the group’s songs, when compared to Western forms of music and folk traditions, may feel off-kilter. But at this stage in their careers, the collective feels completely natural interpreting these forms, like they’re some kind of musical Rosetta Stone. They credit the progress in part to time spent at the College of Santa Fe and, more specifically, to then-faculty member Polly Tapia Ferber, who taught Balkan and Middle Eastern music and dance as part of the now-defunct college’s contemporary music program. Jensen, Schauer, Shaw and Roberts have also taken workshops with masters of Balkan and Middle Eastern music to sharpen their skills, and their gestalt now rests in a prime space for creation and interpretation.

With the addition of four-part harmonies and more modern instrumentation such as violin and mandolin, Rumelia Collective also makes use of more traditional instruments, such as the Turkish saz or bağlama, a guitar-like number similar to the oud. By way of merging the old and the new, the band has developed a voice all its own that still maintains links to its source as well as the past and the present. Jensen expresses that those who have taught them—and other musicians who play Balkan music—appreciate what Rumelia Collective has created by implementing their own perspectives into the ultimately ancient music.

“They love that we’re taking chances and that we studied deeply,” she says, “but are also doing something new and different.”

On a local level, Roberts says she feels like a part of the greater Santa Fe Balkan music community, which includes Evet, for which she also performs. She also credits the town’s curiosity for the band’s enduring popularity.

“Santa Fe seems to have an appetite for the culture of the world,” she says, pointing out that several local groups pay musical tribute to the same region as Rumelia Collective. “People that come to Santa Fe are not only drawn to the arts and music, but also to the world at large and to cultures that are different from their own.”

Future plans include more varied performances that focus on more plaintive vocal music, much of which is to be featured at their upcoming concert at GIG Performance Space. But they also say they’ll explore jubilant, dance-based styles with lively percussive elements among the complicated melodic oeuvre. And though no sessions have yet been booked, Rumelia Collective aims to record their current slate of songs in the near future. Stay tuned.